Do you want the Swift & iOS coding test to match your own branding?

No problem! Use your company's domain and logo without any mention of Tests4Geeks.

Your applicants will think these programming assessment tests are all yours! 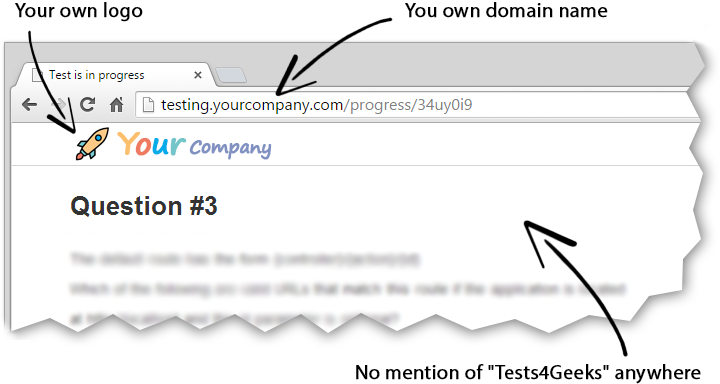 "They totally blow away the competition as far as a better product value."

Are you recruitment firm? Send your clients branded reports of your candidates.

Reports are provided in PDF format, making them easy to read, share and print. 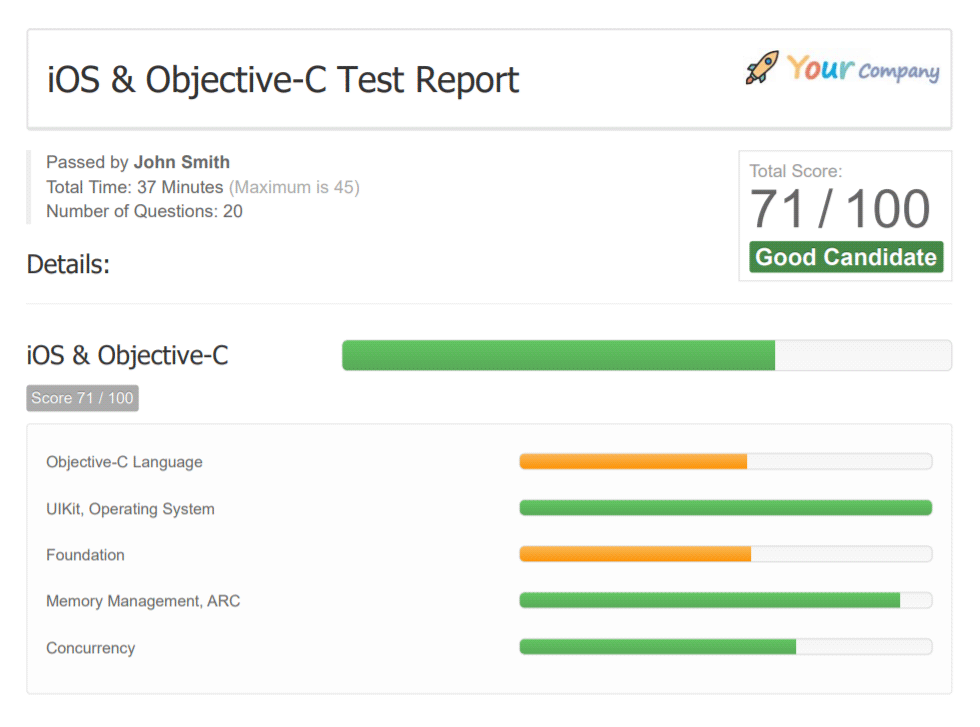 Which statements about the following Swift code are true? 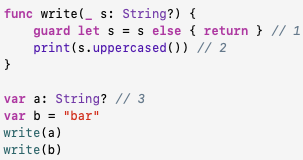 3. There should be a question mark after s on line 2, since s is an optional string: s?.uppercased().

4. The value of a is undefined after line 3.

5. Not supplying an initial value is a compile error on line 3.

The correct answer is 1.

The key competency is optionals.

Register Read How We Create Our Tests

1. Does every candidate have to answer the same questions?

Yes. Swift & iOS test consists of the same questions for every candidate.

However, the order of questions and answers is randomized for each applicant.

2. How should I interpret the exam scores?

First of all, you need to keep in mind one very important thing:

The purpose of this Swift & iOS online test is not to help you find the best developers.

Its purpose is to help you avoid the worst ones.

The test is presented in a multiple-choice, or quiz, format, rather than requiring test takers to write code.

If we used a coding test instead, we would have to check all answers manually, which would obviously be impossible.

4. What skill level is the test for?

The test is primarily created for mid-level developers.

5. What about junior and senior level developers?

The test can also be used to test junior programmers, but you should reduce your acceptance score drastically to compensate.

Likewise, you can use it to test senior iOS developers as well, with an increased acceptance score.

Some will argue that it's pointless to judge senior developers based on a test meant for mid-level developers. This is generally true if you're looking for specific skills in a candidate rather than a broad base of expertise.

But at the same time, anyone can claim to be a senior developer on their resume. If you're concerned that candidates might be overstating their knowledge and accomplishments, this Swift & iOS skills test is a good way to determine which ones can actually deliver what they promise.

Read how we create our tests...